The kamikaze
The kamikaze is 'the divine wind' in Japanese. This was a typhoon that destroyed the Mongol fleet attempting to invade Japan in 1281(1). The Japanese believe that this wind was not a coincidence but brought by their Shinto spirits who did not want Japan invaded(3).

The kamikaze was significant because the Mongols believed they lost not due to Japan being better warriors or strategists, but that Japan had divine protection(2). Both times they attacked Japan they were destroyed by a typhoon. They were afraid to attack Japan again in fear of the gods wrath.

This was the second time the Mongols had attacked Japan but in anticipation of them coming back, the Japanese had built 2 meter tall walls on each beach big enough for large forces to land(5). This meant that the Mongol fleet wasn't able to land and were stuck at sea. The kamikaze wind then struck, destroying the Mongol fleet of roughly 4,400 ships(4).

There may have been different outcomes if the water stayed calm during the invasion. The Mongols were stranded at sea and still would have found it difficult to attack unless they found a way to get through the walls or found a beach that they could land small boats on(5). This would take time they didn't have while their supplies were being used up. This would also have given the Samurai time to prepare for battle. So, we do not know if the Mongols would have won the battle without the Kamikaze but it certainly made sure the mongols feared to come back.

Japan would be a lot different if the Mongol had successfully invaded. The Mongols were violent and many Japanese would have been killed or raped. Children of today's Japanese would look more like Mongols(6). They could have opened new trade routes leading to new food and ideas to Japan. They also may have forbidden some Japanese traditions and so these would have died out. This may have changed Japan's culture. 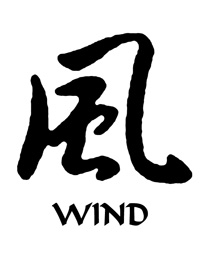